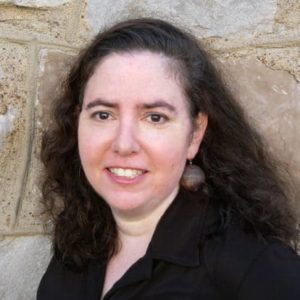 Judy Klass has a Bachelor of Arts from Sarah Lawrence College and a Doctor of Philosophy in political science from Oxford University. She has taught college classes in English, political science, philosophy, history and Jewish studies since 1990. She moved to Nashville in 2006. Klass writes plays, screenplays, fiction, poetry and songs. Her original-series “Star Trek” novel The Cry of the Onlies was published by Pocket Books in 1989. Her full-length play Cell was one of three plays nationwide nominated for an Edgar Award in 2009. It’s published by Samuel French. Klass co-wrote the Showtime cable film In the Time of the Butterflies, based on the novel by Julia Alvarez; the film is out on DVD. Three books of her poems have been published by small presses. She has had cuts with Philippine artists Ariel Rivera, Olivia and Rachelle Anne Go; U.S. artists Ashley Marie, Brooke Roe, Deanna Loveland and Hilda Lamas; and bands Coyote Crude and GeorgeBlack. Her short stories have appeared in Asimov’s, Space and Time, Harpur Palate, Satire, Bryant Literary Review and Wind magazine, among other places. Her young-adult novel Au Pair Girl was published by Itoh Press in July 2012.