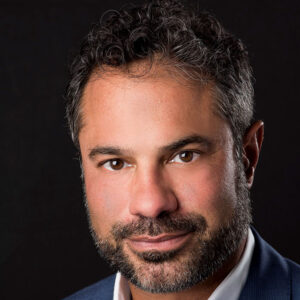 As the son of the founder, Cyrus’s passion for the college runs deep. He is often overheard stating that an important aspect of his job is to protect the integrity of the College and his mother’s name associated with it.

In his new role as President, he will continue to manage daily operations and further Nossi’s strategic vision of being the first choice for students across the Southeast seeking a commercial arts education and the first choice for those seeking to employ creatives locally and regionally.

Cyrus is the current President of the TPBSA, the Tennessee Proprietary Business School Association, and he sits on the board of TSAC, the Tennessee Student Assistance Corporation, a State governing board. He also is a board member of TAICS, the Tennessee Association of Independent Colleges and Schools; and MAAC, Monthaven Arts & Cultural Center in Hendersonville, TN.

You can reach Cyrus via email.