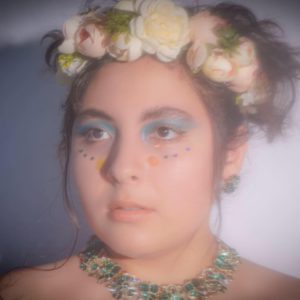 Isabel Camacho is a bilingual filmmaker from Columbus, Ohio, who grew up not knowing the English language firsthand. Through watching films, she gained a creative mind and it drove her to delve into the world of filmmaking as soon as she could talk. She knew from a young age that she wanted to create and see her ideas brought to life.

Isabel loves screenwriting due to the ability that she can write whatever she wants and she can create any universe. She aspires to one day be able to work with Guillermo del Toro, as he has been her inspiration since she was thrown into the creative world. She would love to get to teach other latino/a and immigrant students about filmmaking and teach them anything is possible if they believe in themselves. She is currently working on a short film called “Paloma.” This script resonates with her personally because she brought in her parents’ culture, along with a character who she describes as a “stranger” which represents her and her lack of knowledge of the English language.

Isabel Camacho is a Video & Film student at Nossi College of Art and is part of our social media internship team.