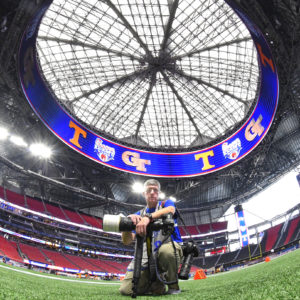 Harrison McClary is a native of Middle Tennessee, graduating from Middle Tennessee State University with a degree in Mass Communications. He started his career in the news media, working for several newspapers then United Press International, in Atlanta, Georgia.  After UPI closed, he moved back to Nashville and worked for custom magazine publisher Journal Communications, Inc. He was also represented by the New York City-based Black Star Photo Agency.

After 13 years as a freelancer, Harrison went back to the magazine business as the Director of Photography for Athlon Sports where he oversaw a nationwide network of freelance photographers. In this capacity, he organized coverage of the Power 5 D1 football conferences and the NFL.