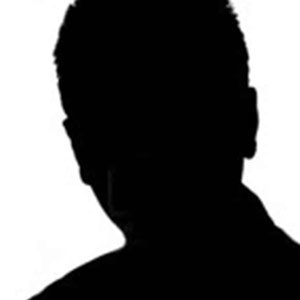 Zac Adams is an Emmy Award® winning director, producer, and screenwriter. After graduating from Watkins Film School in Nashville, Tenn, three of his screenplays went on to be winning finalists in nine national screenplay competitions.

In 2017, “Balancing the Scales,” a documentary he produced that explores the history of women lawyers in the US and gender equality, was acquired by PBS. It aired nationally on 80% of all PBS stations and was seen by millions.

Zac was a producer/writer of the multi-award-winning documentary “IRON WILL: Veterans’ Battle with PTSD,” narrated by Academy Award Winner Billy Bob Thornton. It is scheduled for release in 2021. IRON WILL received the prestigious Voice Award in Los Angeles and won the Audience Award at the Twin Cities Film Festival.

Adams’ PBS Mini-Series, “Southern Haunts,” delves into the myths and mysteries behind some of the most fascinating ghost stories in the south. It has won six International Awards and has been viewed by millions on PBS.

His film, NASHVILLE RISES, a documentary about the epic 2010 Nashville flood, was nominated for a 2012 Emmy and is narrated by Academy Award Winner Billy Bob Thornton.  It won the TN Spirit Award at the 2011 Nashville Film Festival.

Zac directed, produced, and wrote the MidSouth Emmy award-winning documentary “Hunger in America,” a powerful look at the secret hunger crisis happening in America’s own back yard, which was narrated by “Desperate Housewives” star James Denton.  It’s currently on Amazon Prime and screening in thousands of schools across the country.

After HUNGER, he directed, produced, and wrote the documentary “Autism in America,” a film focusing on autism acceptance and awareness. It’s narrated by “Grey’s Anatomy” star Chandra Wilson and premiered in 2015. It’s currently on Amazon Prime and screening in thousands of schools across the country.

Adams’ newest documentary is “THE PRICE OF LEGACY” narrated by country music star, Trace Adkins. Adams co-wrote and was an associate producer. It’s scheduled for release in 2021.