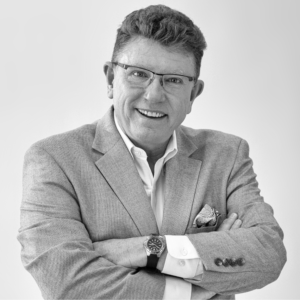 Steve Lomas is the founder and CEO of MojoMediaPros, a Nashville-based digital marketing agency catering to business owners, founders, and entrepreneurs. He is a former Fortune 500 and EdTech executive and has founded multiple startups.

An early pioneer in interactive media, Lomas is known as a passionate entrepreneur (and sometimes intrapreneur). He has successfully exploited emerging technologies to create, promote, and market innovative products and services.

Writing about the birth of their industry, New Media Magazine explained: “They are the pioneers like Bert Monroy, David Biedny, Mike Saenz, Pepe Moreno, Marc Canter, Bill Appleton, Steve Lomas, Apple Computer, and IBM. They were working on this stuff before most of the world knew it existed.”

Steve has led product development efforts for clients ranging from Xerox, Dreamworks, and Panasonic to Sesame Learning, EA Games, and the Southern Poverty Law Center. Drawing on approaches honed while working in the Los Angeles film and television industry, Steve continues to build a deep bench of freelance expertise for MojoMediaPros and its clients.

Long before the gig economy became a buzzword for the millennial generation, Steve was an advocate for the freelance economy. He has managed hundreds of team members over his career, the vast majority of whom have been freelancers. As a talent acquisition consultant for lynda.com, he sought out and interviewed the best web talent in the industry, successfully signing some of the educational platform’s most influential and prolific authors.

Mr. Lomas is a graduate of Art Center College of Design, where he later served as an adjunct faculty member for 12 years. He is an active member and mentor at the Nashville Entrepreneur Center, where he volunteers his time coaching early-stage startups.