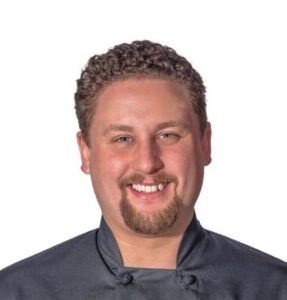 Cory Coleman was born in Waynesboro, Virginia, and raised in the Shenandoah Valley of the Blue Ridge Mountains. He attended James Madison University where he majored in Vocal Performance and competed with nationally recognized performance groups around the country. It was during this time that Cory decided to change career paths and explore other avenues of showcasing his creative talents.

This decision would bring him to Tennessee. Upon moving to Nashville, Cory attended the Art Institute of Tennessee. As a student, he saw many of his recipes become published and also won several competitions, including the CLF Venison Culinary Competition. He would later graduate with honors, receiving a Bachelor of Science degree in Culinary Management in 2012.

Cory began his successful career in Nashville with many restaurants and hospitality groups, starting as a line cook and ultimately becoming a Corporate Executive Chef. He now serves as the Director of Operations for Luckey Hospitality and utilizes his 17 years of industry experience as a leader to create a memorable dining experience through exceptional food and service.