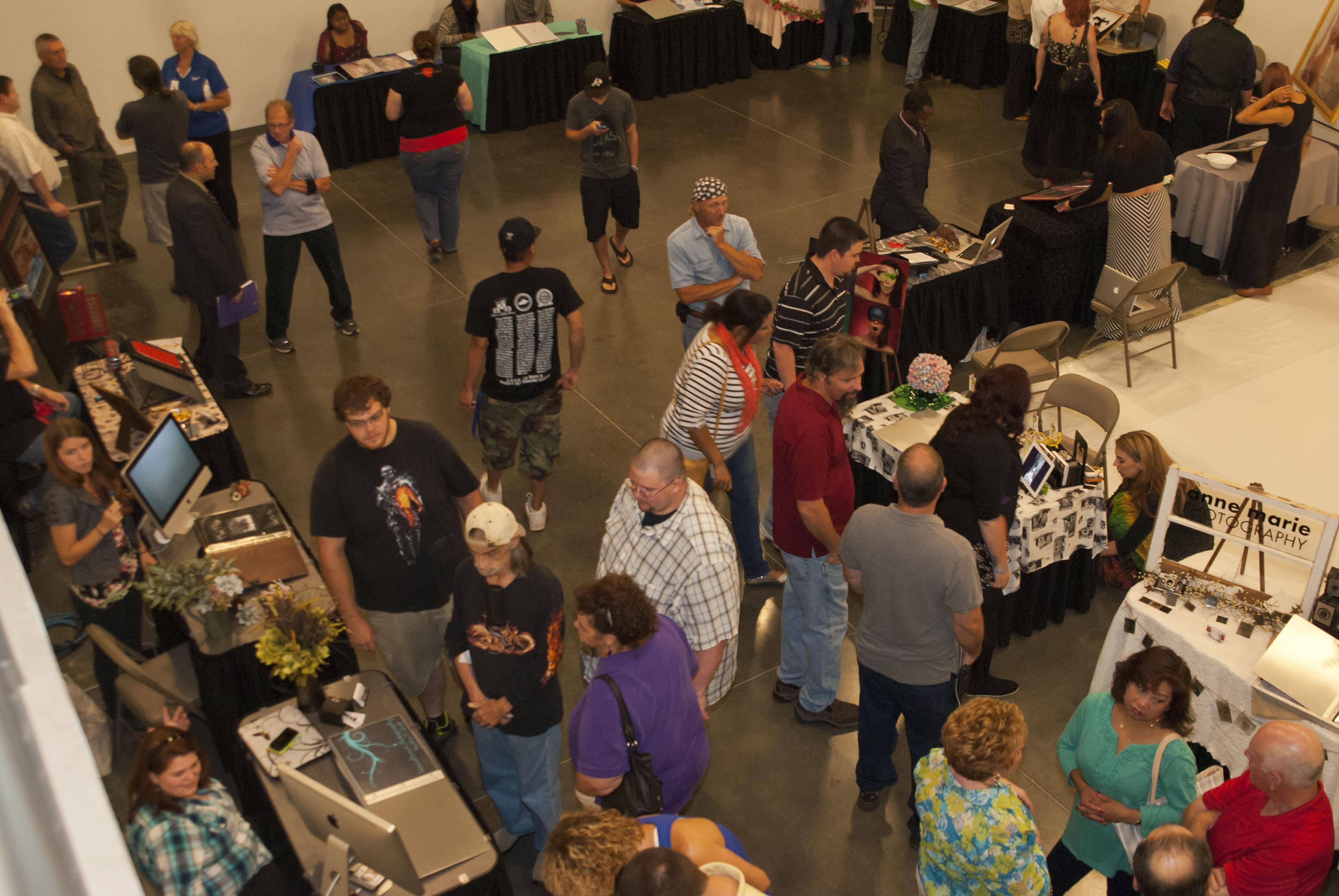 Nossi’s campus was abuzz. For the summer Senior Show, 41 students saw the culmination of dedication and hard work in perfecting their craft in college. Photographers, videographers, graphic designers and illustrators carefully constructed their portfolio to share stories, experiences and art with friends, family, future prospects and professionals from Nashville’s creative community.

“The Senior Show teaches students things that only real interaction with creative professionals can,” said Dax Gomez, Career Services Director at the College. “One quality each student can pick up from the show is confidence. Some students get job offers, some get referrals and some benefit from the networking, but they all receive professional advice and critiques. So confidence in themselves, their ability and their portfolio is the most beneficial element of the show.”

Nossi recognizes its seniors as well as other outstanding students by opening its campus for visitors to meet and talk with creative students and hosting the semester award show. The award show highlights students who have excelled in class, in their department or in the community. Two awards are given in each category and to win, students must be nominated by their instructors in the categories of most class participation, most improved, most creative, ambassador award, academic all star and talent discovery. Talent discovery is the only award strictly going to seniors. It is a coveted award because winners are considered “best of the best” among Nossi’s most creative students by professors, plus winners receive a check for $400 to put towards their creative endeavors.

Talent Discovery: Seen as “best of the best” among all students at Nossi, and are nominated by their professors. Students also receive $400 with this award.

Said Diaz is currently enrolled in the bachelor’s degree program for digital photography and video. Said was nominated by his professors as Most Creative, a high honor in a school filled with creative students. In addition to this award, Said also won the top prize in a student art show this spring. Matthew Pritchett graduated in the bachelor’s program for Graphic Design Media.  Pritchett earned the award for Most Creative during his final semester at Nossi. Pritchett has actively been involved with Nossi events like Art for Change when he live-painted large murals in downtown Nashville. He also recently displayed several of his art pieces at O’Gallery during the First Saturday Art Crawl.

Academic Allstar: All students receiving this award had the highest GPA among their peers in their degree program.

Caitlin Harris is currently in the bachelor’s program for photography and ​Video and Film. Harris earned the Ambassador Award by exemplifying the Nossi spirit. In addition to her 4.0 GPA, she is also actively involved in the student activities office. She has photographed the CMA Fest, is a contributor for MusicNewsNashville.com and is always willing to volunteer her time for Nossi campus activities. Kayla Schoen is currently enrolled in bachelor’s degree program for digital photography and video. Kayla was one of nine people nominated for the Ambassador award and took home top prize because she exemplifies the Nossi spirit. Kayla is actively involved in the student activities office by photographing the CMA Fest this summer and she will be capturing Vanderbilt’s Commodore Quake concert this fall. Quake will feature rap artists Kendrick Lamar and Wale.

Nick Whitson earned the award for Most Improved during the summer semester. In addition to becoming more involved in the student activities office by taking pictures at several concerts this summer, professors have also taken notice of his positive progress in the program and awarded him for his success. Tyson Davis is currently enrolled in the bachelor’s degree program for Graphic Design Media in Nashville and also won the award for Most Improved.