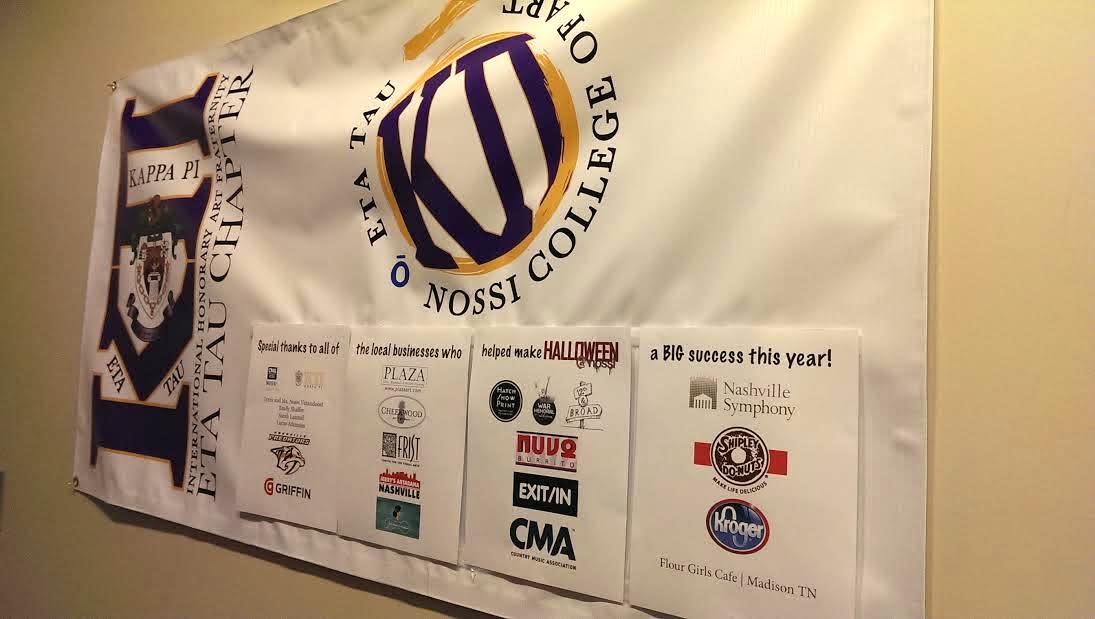 On Friday, October 24th Nossi College of Art hosted its Second Annual Halloween Party to benefit Kappa Pi, an Internationally recognized Honorary Art Fraternity. Active members of the school’s Kappa Pi chapter volunteered their efforts to plan the night’s events, which included live music, a raffle, and a “Haunted Tour” of the school. The party was a great success; students, their family members, and faculty came to show their support. I was overjoyed to see people of all ages walk through the doors, sporting creative costumes that inspired both laughter and terror. The DJ of the night kept people dancing throughout the party; he even danced quite a bit himself. Between conversation, dancing, and eating chicken wings, a few brave souls submitted themselves to the Haunted Tour. The Haunted Tour was led by a select group of students who worked diligently to transform the school’s halls into a truly eerie environment. As an actor in the Tour, I will say that we actors and actresses gave people a good scare. All in all, the Second Annual Halloween Party was a fun family-oriented event that was a great closing to Nossi’s Spirit Week.

Nossi is deeply appreciative for the local companies and organizations that donated their goods and services to help fund Kappa Pi. Due to the donors’ generosity, Kappa Pi may continue to host community-building events and stimulating lectures.

On behalf of Nossi College of Art, Kappa Pi would like to thank the following organizations:

Nossi is looking forward to what Kappa Pi can accomplish with the funds generated from the Second Annual Halloween Party. The event proved to be an excellent opportunity for the school to collaborate with members of the Greater Nashville community to benefit a innovative non-profit organization.