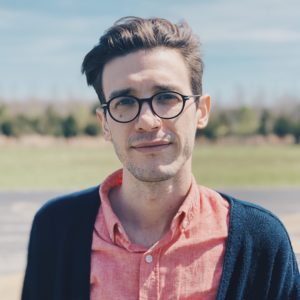 Tyler Culligan received his associate’s degree in Printmaking from Santa Fe Community College in Gainesville, FL and his Bachelor’s in Fine Arts from The School of the Art Institute of Chicago. While in Chicago Tyler studied animation and puppetry, and after graduating worked as a freelance puppet builder for the Chicago Children’s theater. During his last three years in Chicago, Tyler wrote and directed The Magic Boat a children’s series on YouTube. In 2016, Tyler moved to Nashville with his wife, where he worked on a team that built animatronic puppets for Disney and Universal theme parks. Currently, Tyler lives in Inglewood, is a freelance animator and writes middle-grade adventure novels.