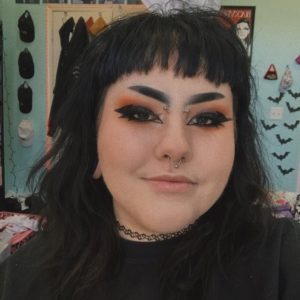 Morgan Matthews is a third-year post-production editor who specializes in special effects and is working towards her bachelor’s degree in video/film at Nossi College of Art. She began editing on Vine in 2014 as a hobby before deciding to go into film as a career later in life. She’s currently interning with Like-Minded Marketing as a social media editor and hopes to expand her resume in a filmmaking career. She also is working with Isabel Camacho and others on a short film called Paloma and is extremely excited for the world to see it!