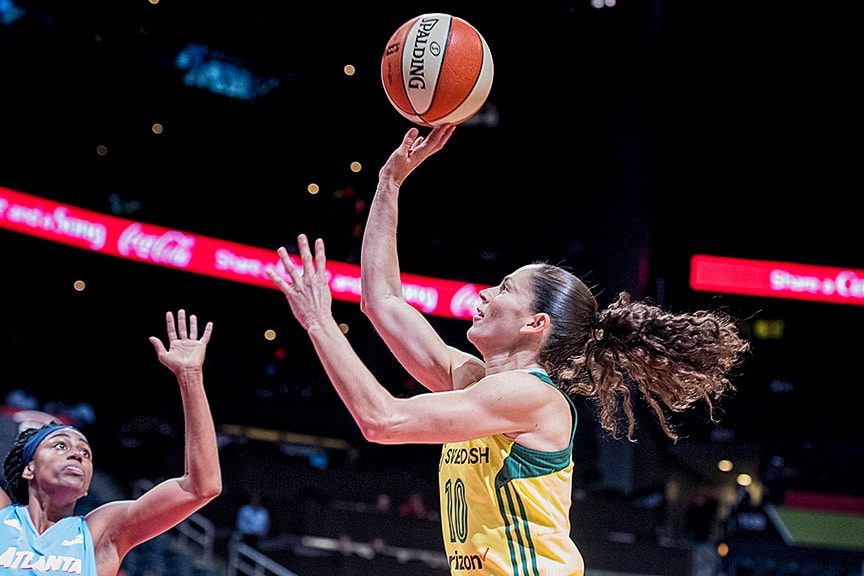 Earlier this summer, people all over the world watched the Olympics, cheering on the best athletes from their country. Team USA was filled with top competitors in a variety of sports. Arguably, the most dominate sports team within Team USA was the Women’s Basketball team. They won the gold medal for their sixth consecutive Olympics.

Weeks after the Olympics, Team USA athletes returned home, to their WNBA teams. After resuming the last weeks of the regular season, they found themselves playing against Team USA teammates.

On Sunday, September 4, 2016, Angel McCoughtry and the Atlanta Dream hosted Sue Bird, Breanna Stewart and the Seattle Storm. The game was exciting, especially the first half. The teams traded baskets, with the lead going back and forth, and the score always staying close. At halftime, Seattle was winning by the narrow margin of eight points. The second half was not as close. At one point in the third quarter, Seattle had a 26-point advantage over Atlanta. Angel McCoughtry’s team battled back but, in the end, it wasn’t enough. The final score was Seattle – 91 over Atlanta – 82.

The three Olympians demonstrated why they were part of Team USA; they combined for 78 of the 173 total points scored. The athleticism displayed by all of the players was beautiful and exciting to watch. With less than two weeks left in the regular season, both the Atlanta Dream and the Seattle Storm could find themselves in the playoffs. As exciting as the regular season has been, the 2016 playoffs should be a nail biter.

Learn more about Nossi College of Arts Photography Curriculum, including our Sports Class.